This is often considered the best long-term forex trading strategy since it is a simple lock-up and leave structure.

Position trading is designed for those who are sparing in the opening of orders in order to spend as little time as possible on the current market analysis.

The long-term strategy described in this article uses a simple mean to determine the trend instrument.

It is also a system that uses Forex currency pairs with the highest interest rate disparity. This is often referred to as carry trading.

Tools used in the strategy

Carry trading or a long-term trading strategy uses the 200-period Simple Moving Average, which is plotted on a daily chart. This allows you to identify the long-term trend of a given value. As a result, this provides a secure long-term outcome which is easily determined.

Entry into a position

The signal to enter a position develops when the candle closes above or below average SMA.

When this happens, the trader enters a position. This strategy takes into account only those positions that would assume additional profit in the form of a daily swap. If the signal would entail a position that would charge a negative swap every day, then the signal should be completely ignored.

The stop losses are placed either above or below the 200-day simple moving average dependent upon the direction of the trade.

In the case of a long-term position, a trader identifying a trend may be able to afford a higher risk than for short- and medium-term transactions, but he should never risk more than 3% of his investment capital.

Any cookies that may not be particularly necessary for the website to function and is used specifically to collect user personal data via analytics, ads, other embedded contents are termed as non-necessary cookies. It is mandatory to procure user consent prior to running these cookies on your website. 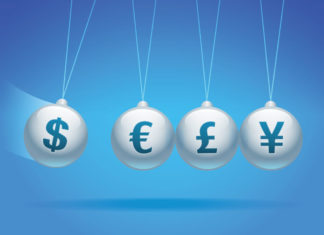