The trend strategy described below is one which should be classified in long-term strategies category. In the first moment, you can think that this strategy should be used on lower time frames because it has many common things with well known and respected Price Action strategy. However, when we look closer we will understand that this approach to the market uses relations which can be easily called macroeconomic. The essence lies in the fact that this approach use a chart instead of complicated econometric models.

The aim of this strategy is an approach to the chart as a source of any information about current sentiment. In addition, the chart is supported by instruments’ analysis with which chosen instrument has a huge correlation, both positive and negative. In this place we should ask about the definition of correlation and why trader who needs to analyze proper instrument would need analysis of other instruments, which in addition are from completely different class assets. 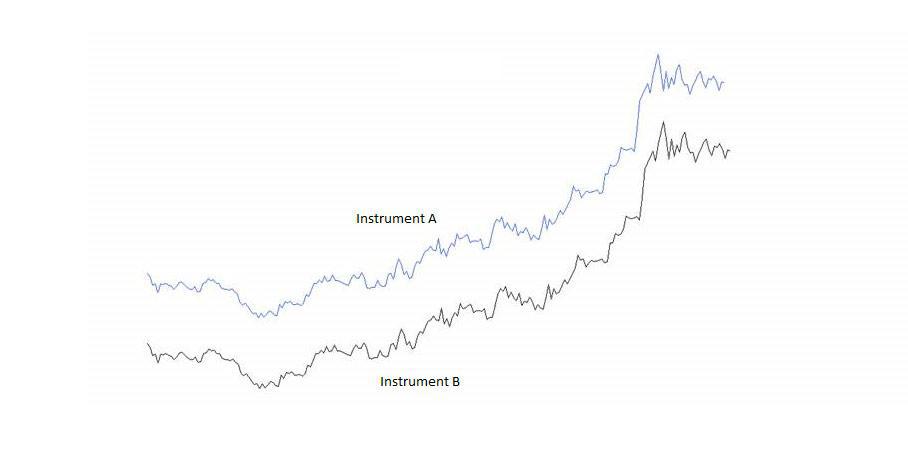 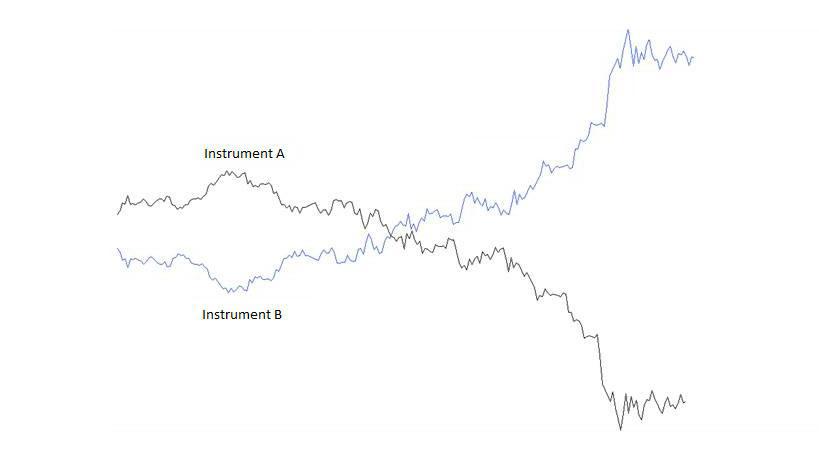 Now that we already discussed how one instrument affects another one, it is worth to think about where we should look for those connections. We can start by finding proper tools to analyze the strength of connections between two instruments, for example, Forex market currency pairs. Another method is to use natural relations between markets which we know from Intermarket analysis. Intermarket analysis is the study of the relationships between different markets. The analysis itself as a base takes a few assumptions mentioned below:

Intermarket analysis is not used as a replacement of any view on the market, just as its complement. In this strategy, we use a mostly holistic concept which relies on the market view assuming broad view thanks to which trader will find confirmation of his trading assumptions. The basic thing for a trader is to choose an instrument which he will be interested in. Then he reviews the trend on the D1 chart. To identify trend we use the location of local lows and highs comparing to each other. We identify it by choosing any extremum point on the chart and then connecting another highs to lows and lows to highs. At the moment we have doubt whether we should consider the proper place as local extremum or not we can use the help of classical technical analysis, we can localise them using swing high/swing low method. This method is used to set local lows and highs. 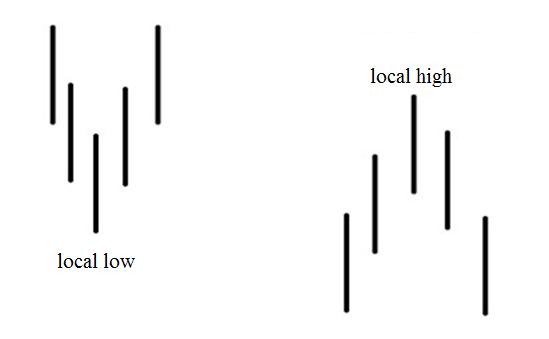 Then we can mark local high and lows which are in relation with each other:

At the moment we see lower low and highs we can say that the trend is bearish. At the moment when other highs and lows are at higher levels, we identified the bullish trend. At the same time using the same method we can determine the higher-order trend. After identifying high around which there are only higher highs we can set it as the end of the bearish trend and the beginning of bullish one. On the other side when we identify high around which there are only lower highs, we can set it as the assumption of further losses. The same way we set another local lows and highs and also the trend of higher range on correlated instruments. The correlated instrument are these on which we can set the highest positive or negative correlation.

You can enter the position at the moment when there is a change of trend of higher time frame, which must be confirmed by correlated instruments. In the moment of creating high of higher range (surrounded from both sides by lower highs), a trader waits for confirmation of bearish trend by creating of local high and low (LH, LL). Creation of local low can be confirmed on the base of the swing high signal which was described above. In the case of the bullish trend, the situation looks identical. Correlated instruments must confirm a change of trend. Setting trend on correlated instruments is done with the same rules as on the instrument where the trader will open position.

Stop Loss should be above the previous high in case of bearish trend or below the previous low in case of the bullish trend. The transaction is opened until correlated instruments do not set the end of higher range trend. It will happen at the moment when on identified earlier bearish trend there will be a local low surrounded by higher lows. In the case of the bullish trend, reversal trend situation happens when higher high will be surrounded by lower highs. In the moment of reaching risk-reward ratio on 1:2 level it is worth to consider closing part of the position and moving SL to Break-Even Point.

This strategy is long-term and it generates signals quite rare, so the trader can risk as much as 4-5% of the balance on one transaction. Using this big risk is possible only when the trader will use only this strategy. In the moment of using a few different strategies the risk should be reduced to max 2.5-3% because any drawdown can significantly reduce the capital. Remember that capital management is one of the most important aspects of trading and it determines our score.

Any cookies that may not be particularly necessary for the website to function and is used specifically to collect user personal data via analytics, ads, other embedded contents are termed as non-necessary cookies. It is mandatory to procure user consent prior to running these cookies on your website. 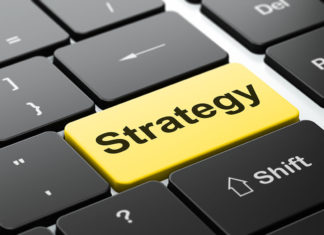